The days are beginning to merge into one long journey and memory. Being in motion all day, eating, preparing the gear, sleeping, writing a report and then out again to the next destination. Thank you for all your engouraging messages, they are needed!!

And thank you for participating in the fundraiser! This is a pure boost of energy when I see the donations come in. Keep it coming and together we can help make a difference.

I was the last one out and Nicole at the Albergue in Castro made me breakfast and then saw me off. Such great people! 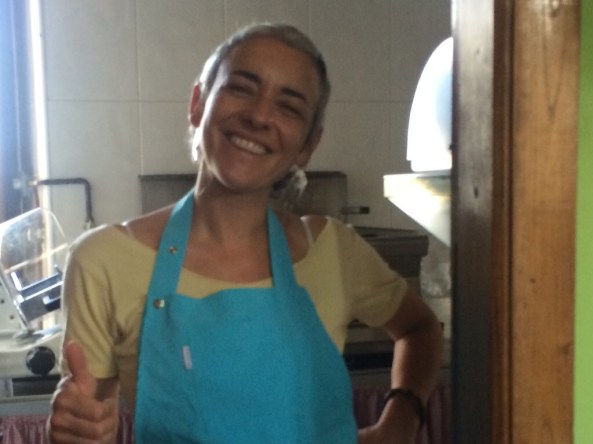 As I set out the sky looked like there could be rain. Not a real problem, but it would slow me down. 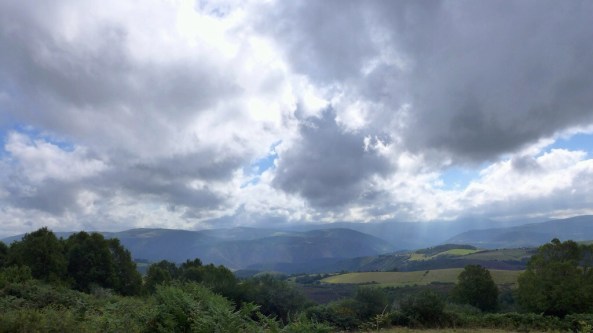 The rain never fell but I did get a nice and cool wind for a while. Very welcoming since this would be a long way. I started up again and the legs started to complain. Mostly the right ankle, but with care and some stretching I managed to keep it happy. 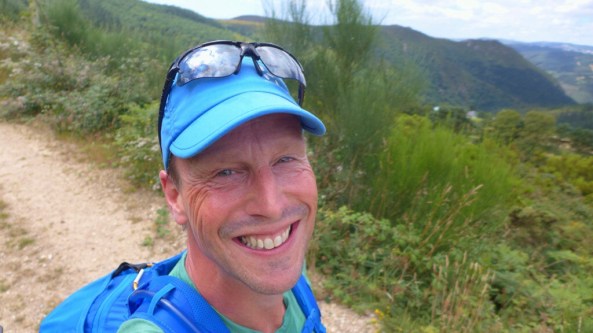 On the other side of the hill, the sky started to turn real blue, azul! Path turning down the hill and I went down the path and ran into Patrick and Magda from Belgium. 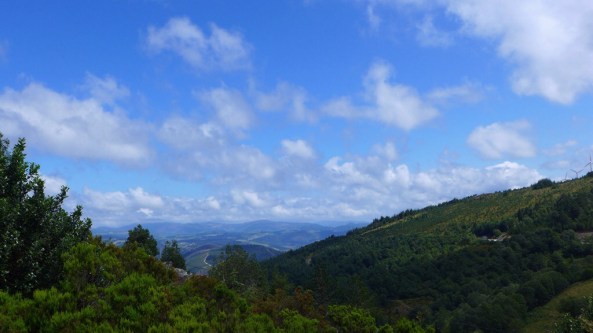 We walked to the next bar and stopped for a coffee and some pintxos. They had been out for more than two weeks and were still full of energy. 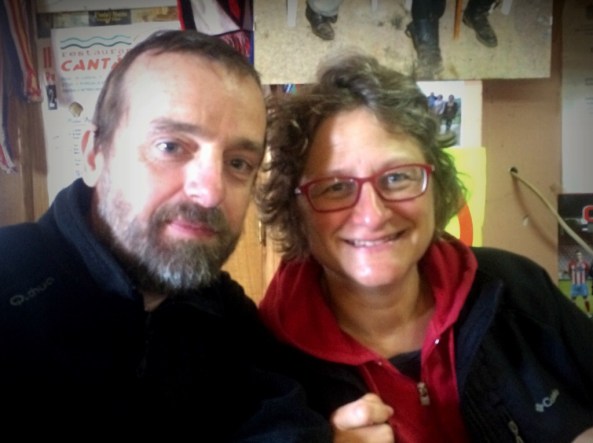 I passed more people from the Albuerge where I slept and we cheered each other on. Everyone is so nice! I caught up with Beatrice, my room mate from the night before. Big smiles and a ’Buen camino!’. 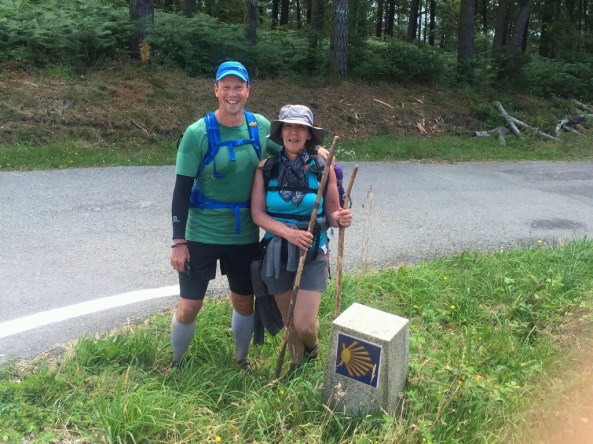 I continued on and the paths today had a mix of gravel, forest paths and some asphalt roads. Mostly soft ground though. 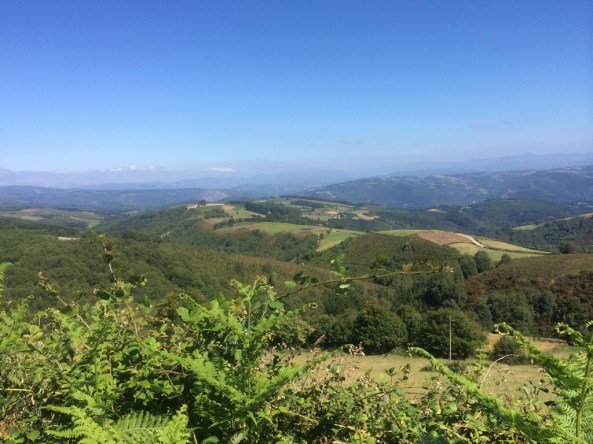 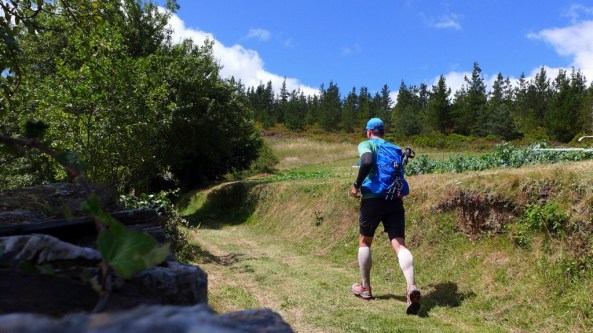 After a lunch stop in La Fonsagrada I continued on and encountered a fountain where I refilled my Camelback pouch with fresh and cool water. 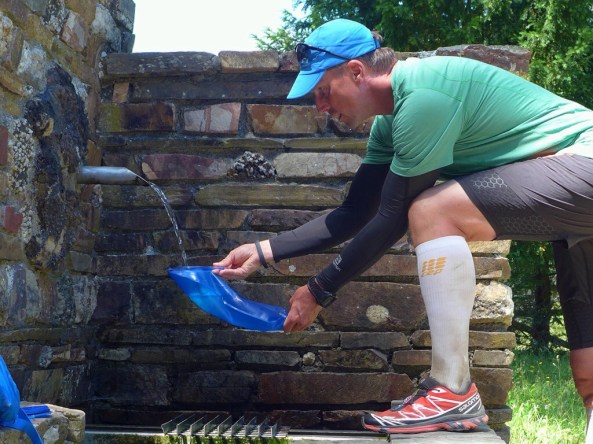 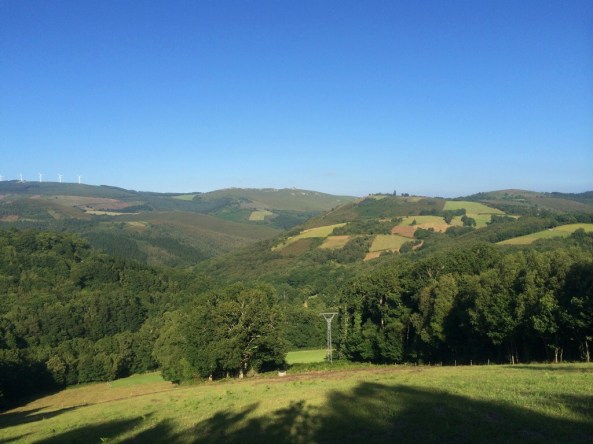 In Galicia the symbols of the shells are turned in the opposite direction that in Asturias. Had to pay attention when I got tired. 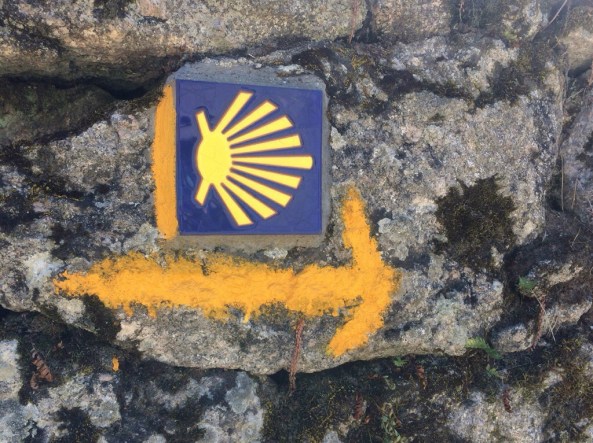 Last 5km under way and it took me along these hills, up a ridge and then a downhill stretch into the pueblo. I was tired and wanted to reach my place of rest so much. 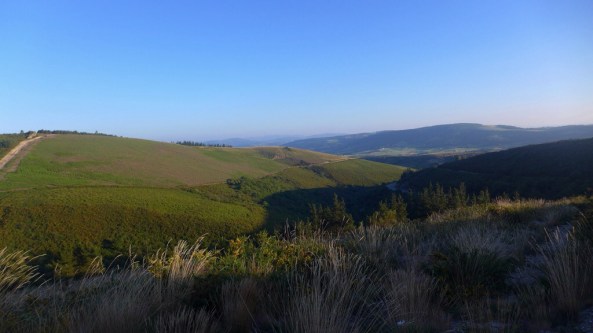 I met a boy and his dog on the camino. In my tired state I associated to the post apocalyptic movie from the eighties with Don Johnson. We walked a bit and talked before I pushed on. 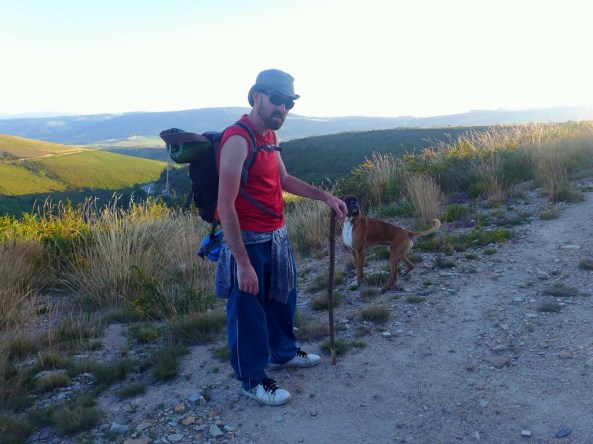 From the top of the slope I could see the village and after a last push I arrived. Another day completed and still smiling. 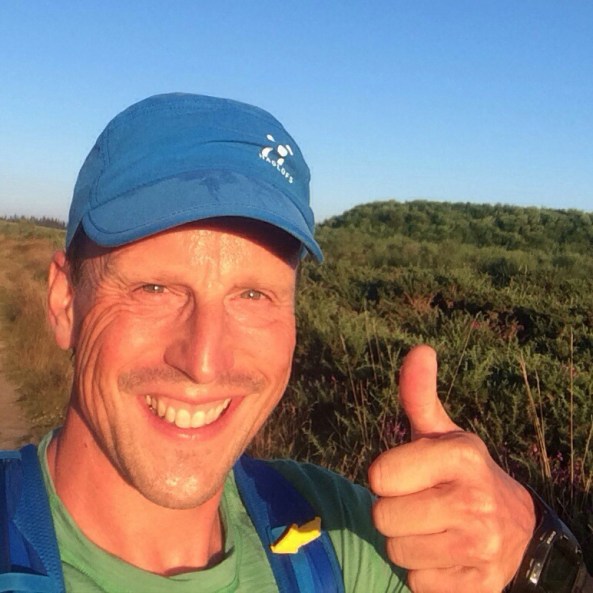